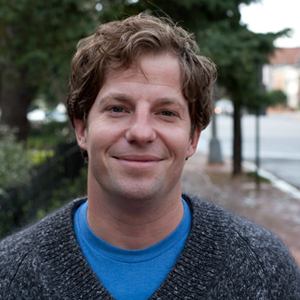 Let it never be said that it’s a bad idea to send drunken emails.

That’s how Jeff Ball began his employment at Jon Wye Industries. In late 2008, Jeff had two other jobs for large corporations, and was feeling used and unimportant there. After a little soul searching, he decided that he should do something that he was really and actually interested in. Jeff owned a couple of Jon's products, and loved the brand. After a night of cocktails, inebriated and contemplating volunteering in the Jon Wye workshop, Jeff sent an email inquiring if Jon needed an apprentice. After several days of no response, Jeff assumed he wasn’t interested.

Finally, Jon contacted Jeff and set up a meeting, and Jeff began working in an icy workshop when he had time. It became increasingly obvious that the work required two employees as the company began to grow. Exhausted of his full time job, Jeff explained that he could work for him full time, and if he were able to pay his bills, his time belonged to the growth of the company. Jeff quit his job, and lived off of his savings. He and Jon hit the road on a whirlwind tour of these beautiful United States.

As their friendship grew, so did the company. They decided to open up a holiday shop in New York City, and it worked. Jeff worked over twelve hours a day for sixty-five days straight, sleeping on an air mattress in New York every night. Based on the success of the winter show, Jon and Jeff were approached to open their first permanent store in the Limelight Marketplace. The store was received well, and was really embraced by the community.

As they prepare for the future, Jeff realizes his life has changed incredibly since moving to DC; he’s worked hard and feels rewarded. It still amazes him that one drunk email has awarded him the presidency at a clothing company that he loves, his engagement, new friendships that will last a lifetime, and the chance to travel and live in some of the greatest places in the country.